Back in the late 90’s and early 00’s, any kid that wandered into their local Spencer’s Gifts or Hot Topics would eventually come face to face with some of the most amazing genre based collectible figurines.

Legendary comic creator Todd McFarlane launched a line of collectibles called Movie Maniacs. Amazingly intricate and detailed figurines of the icons of horror. Freddy, Jason, Leatherface and so many more were able to be brought home to adorn our shelves. But like so many things, they went the way of the dodo.

Now, in the age of ultimate nostalgia, McFarlane is bringing back his line of creepy collectibles

During an interview at New York Comic Con over the weekend, Todd McFarlane told IGN that a handful of the lines that put the company on the map will be coming back.

“We live in a brave new world now where you can go literally from production to the consumer, right? You can cut out all the middle men and we’re seeing that with Kickstarters and people doing direct, you know, dot com,” McFarlane told the site. “So what we’re gonna do is, when we started McFarlane Toys twenty-plus years ago, we were built on the detailed stuff, doing all these cool monsters and all this sort of wicked stuff. Unfortunately, the stores we were selling to at that point, like Tower Records and Suncoast and Babbage’s and KB Toys, and all these other ones, they’ve all fallen to the wayside.”

But it won’t just be the Movie Maniac line, McFarlane dropped another big bombshell when he said “So we’re gonna go back to our origins and we’re gonna go, hey, for all you people who like Tortured Souls? There’s gonna be more. For all you people who like some of the Movie Maniacs? There’s gonna be more. But even the new — the stuff we just created, like Dragons? More. Spawn? More. Twisted Tales? More.”

It’s everything my teenage self with no disposable income could have desired. If you have forgotten what they looked like, check out below for a look at some of the original line of the Maniacs and then start putting your pennies away. Watch out Funko, McFarlane Toys is coming for you…

These figures are some of my favorites that’s not wrestling, Star Wars, or Ghostbusters. Being a collector and one time owner of many action figures from the 80’s and 90’s I bought and received a lot of random stuff.

I remember watching the cartoon and thinking, if the sharks met the turtles that would be a match. I remember getting Streex one random day after getting out from school. The figure was huge and a bit blocky, the shark did stake but the gimmick was the rubber head and fin so you could make a chomping action. This figure grew old fast with limited play. It needed more articulation.

Another one-off figure I bought because of the cartoon. Vinnie was the only figure I collected from the series. He looked cool and always liked the Terminator/Phantom half mask.

I got this figure without watching the cartoon first. Honestly, who needed a cartoon storyline. These figures on their own are awesome. Aracula was the only one I had but got a lot of use out of it. A six armed skeleton was something I never seen before. He faced the Ninja Turtles many of times. And when I see Skeleton Warriors I always think of the Ray Harryhausen movies.

To this day I still play the video game but at the time finding any kind of video game action figures hanging on pegs was a must buy. This is one fig I wish I still had, Armadon was used as a villain for Ghostbusters and Godzilla.

I don’t remember watching Monster Force, but do remember the figures. I had Dracula, he was basic, good look to him. I wish I had other figures from the series to make my own monster mash. 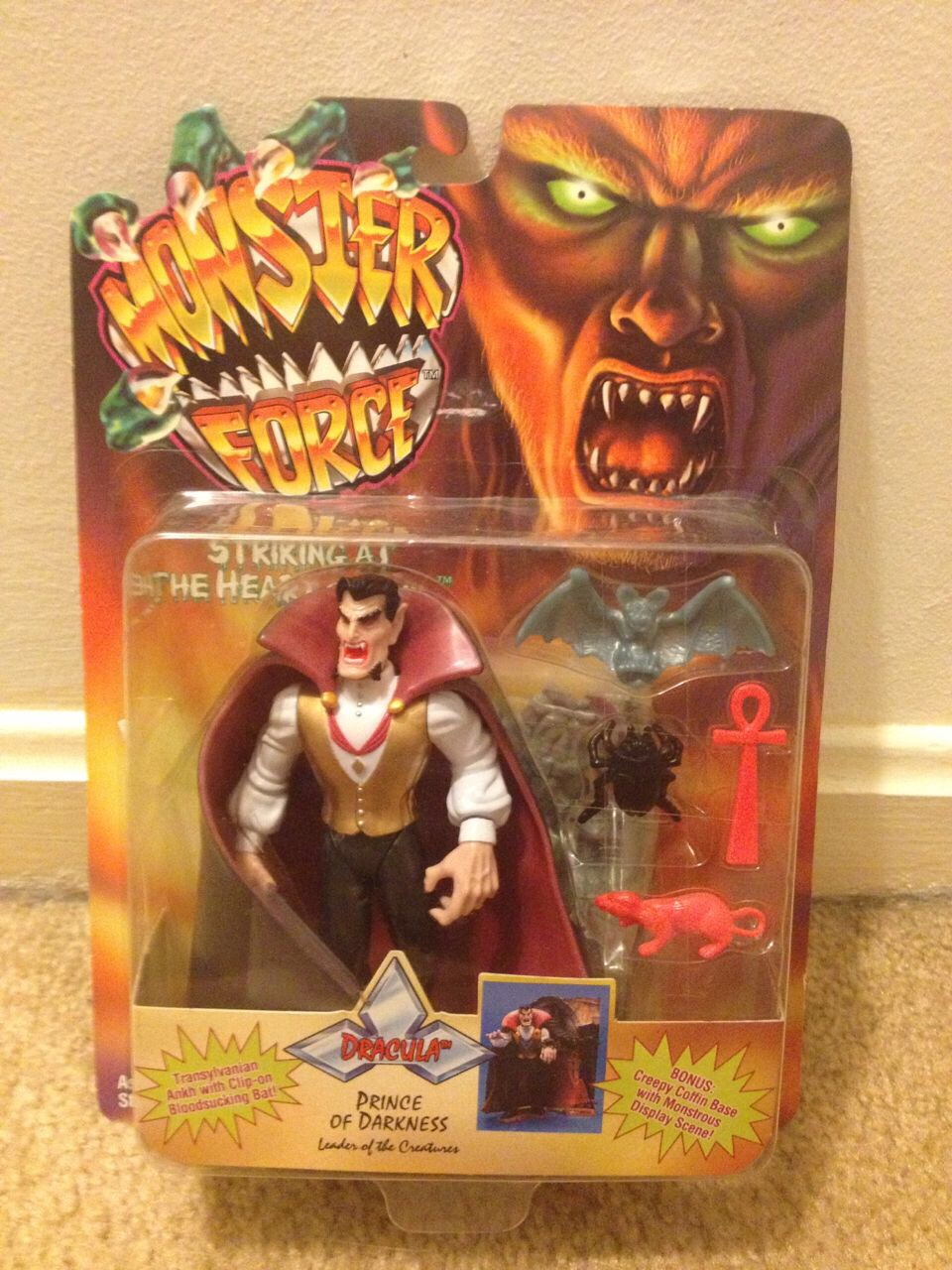 There you have it, another top five. But this time it took me awhile to figure out what action figure made the list.

I love thrift stores, consignment warehouses and flea markets. I mean I REALLY love them. The thrill of the hunt and never quite knowing what you will find is a rush for my little collector heart. But among the myriad of awesome deals on old toys, games and movies, you are more than likely to run into a few toys that look oddly familiar yet wholly foreign. It is obvious that these toys where made to make a quick buck off of clueless parents looking for a quick and cheap toy for their kids. I’ve seen my fair share over the years, even bought a few that were just so outrageous that they had to be seen to be believed. Here are seven of the worst offenders that I have found will cruising the dark and weirder parts of the interwebs.

2) E.T. Goes Pumping Iron – As the Thanksgiving holiday approaches this week, we all expect to add a few pounds. Thankfully E.T. has taken the appropriate steps to keep the calories off and go cruising for the ladies afterwards.

4) Super Cock – I really have no words for this one…. I just can’t right now.

5) Mow Gwai – Don’t get it wet, don’t expose it to sunlight and don’t teach it to say curse words.

6) Amicable Herculean – He may be a mutant turtle with a spear, but it seems like he may be a pretty decent fellow.