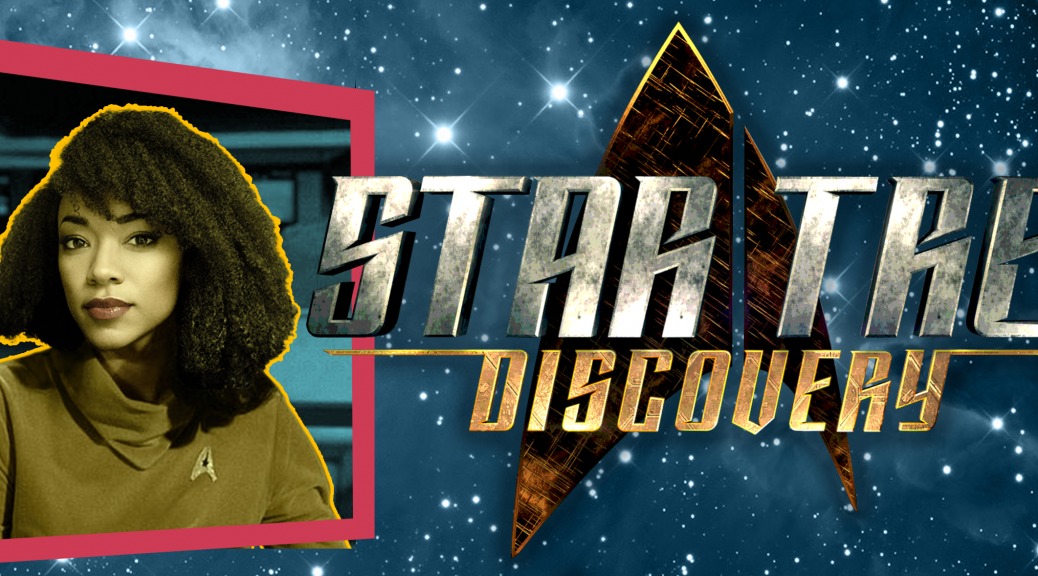 many recognise her as Sasha Williams on The Walking Dead, Sonequa Martin-Green will be taking on a pivotal role on the crew of the starship Discovery. Playing Lieutenant Commander Rainsford who serves as “number one”, a position first established by Majol Berett in the TOS pilot “the menagerie”  and later as Captain Picard’s pet name for Commander Riker.

according to ex-showrunner Bryan Fuller, Rainsford will be the focus of Star trek Discovery. Describing her as a “lieutenant commander with caveats” he went on to tell Entertainment Weekly:

We’ve seen six series from the captain’s point of view… To see a character from a [new] perspective on the starship — one who has different dynamic relationships with a captain, with subordinates, it gave us richer context.

At first it may seem a bit disconcerting to have a star trek that won’t focus on the captain, however, keep in mind that previous star trek incarnations have ultimately been ensamble shows so this could be an opportunity for a  unique perspective.

There has never been a star trek series without klingons. this will be no different as three Klingons have also been announced!

From the highly anticipated “American Gods” adaptation Chris Obi will portray T’Kuvma and Shazad Latif (Dr Jekyll on Penny Dreadful) will play his protege Commander Kol, the two are apparently trying to unite the Klingon houses (to find out how successful they will be check out he TNG episodes “Sins of the Father” and “Reunion”).  Joining them is shakespearean actress Mary Chieffo as Battle Deck Commander L’Rell, at an imposing 6 ft Chieffo will no doubt channel a bit of Klingon antagonists Lursa and B’Etor into her performance.