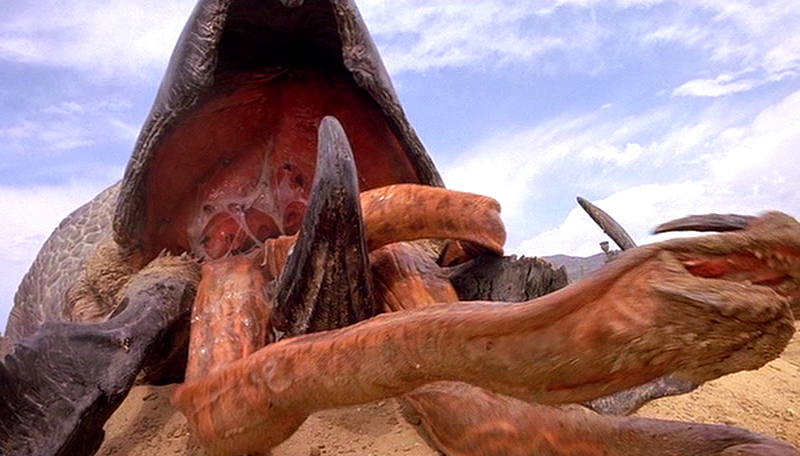 You just can’t keep a good man giant man-eating worm down. Michael Gross confirmed on his facebook page that, following the relative success of Tremors 5, Tremors 6 begins shooting next week.

Nothing is known about the plot, but it would be a pretty safe guess to say that it will be a direct continuation of part 5 as both Gross’ Burt Gummer and Jamie Kennedy’s Travis Welker will return and shooting will once again be in Africa under the guidance of Don Michael Paul who also directed part 5.

No release date has been announced, but I would wager that we will be seeing the Graboids once again sometime by the end of the year. 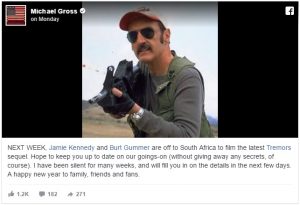