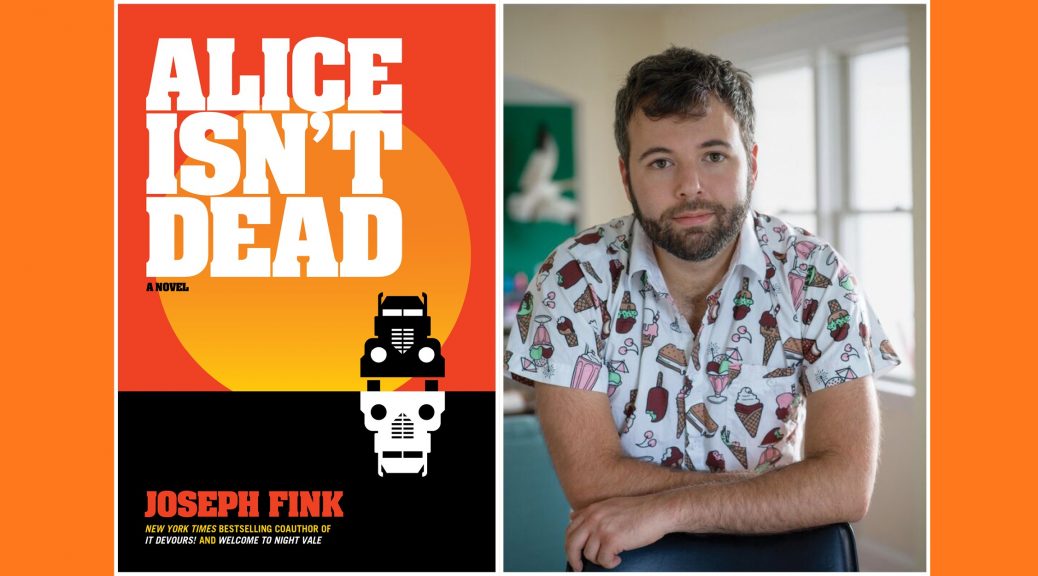 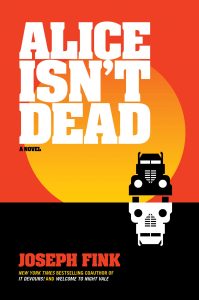 What is this book about? Keisha’s wife Alice goes missing. She’s been missing so long that Keisha has her declared dead. But then Keisha starts seeing Alice in the background of national news reports. She takes on a job with a cross country trucking company in order to find Alice. She ends up finding a lot of things that aren’t Alice, and ends up a pawn in a shadow war being waged across the country. She ends up finding out what goes on in all of the little nooks and crannies of America, places that people drive past every day without a thought. And the title of the book is completely true. Alice isn’t dead. But she’s also not the person Keisha thought she knew.

Review: This book is based on a podcast of the same name, which I admit to not having heard because I’m not super awesome at listening to podcasts. But the premise intrigued me and I bought this book the day it came out. I wasn’t disappointed. Alice Isn’t Dead was written by one half of the Welcome to Night Vale creative team. It’s a lot creepier and less funny than WTNV and very good. It also features a character, Keisha, who suffers from crippling anxiety, and that was presented in a very realistic way (even if the circumstances are supernatural). Some of the ideology behind the shadow war in this book is a little heavy handed, but it’s overall a fun, creepy read. I will never look at truckers, police officers, or road trips the same way again.

Give this a try if you like… American Gods by Neil Gaiman, Welcome to Night Vale, The X-Files conspiracy episodes 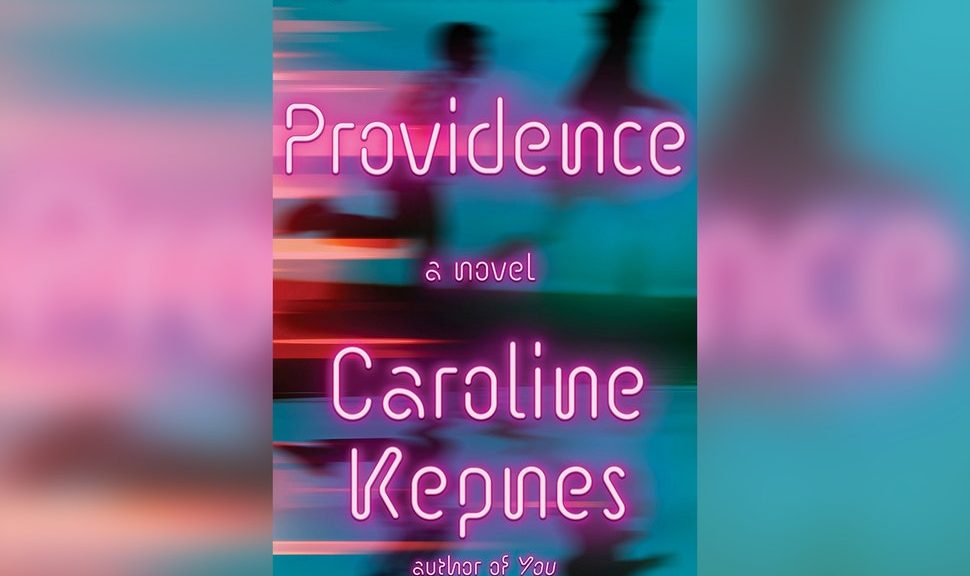 What is this book about? Jon and Chloe are 8th graders who really understand each other. They’re best friends and Chloe doesn’t care that Jon’s a little weird. But one day Jon is kidnapped. He’s missing for four years. But one day he wakes up in the basement of the local mall surrounded by plants, with a heavily annotated copy of The Dunwich Horror on his bedside table. He escapes from the mall and his only thoughts are of Chloe. But life has moved on and Jon is changed somehow. People who get near him get sick. Jon is afraid to see Chloe. Before he can hurt her in any way, he runs. But Chloe isn’t going to let him go so easy.

Review: This book kind of pulls a bait and switch. It hints at Lovecraftian horror, and Lovecraft definitely plays a big part. But the bulk of the book is dedicated to Jon and Chloe pining away for each other. A bit later in the book, we’re introduced to Eggs, a detective trying to solve a series of bizarre deaths several years after the initial events of the book. He starts out as interesting but also gets wrapped up in this weird love story. This book reads like Nicholas Sparks has discovered Lovecraft and also vaguely remembers “Rappaccini’s Daughter” from high school. It was unique, but maybe not for horror purists.

Give this a try if you like… Unbreakable (movie), Frankenstein by Mary Shelley, Rogue and Gambit as the ultimate couple 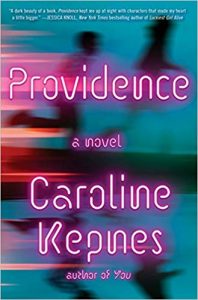 Title: We Sold Our Souls

What is this book about? Kris is a struggling former member of the band Durt Work. Right before the band was about to make it big, their lead singer, Terry Hunt, broke up with the rest of the band and went on to mega-stardom, leaving Durt Wurk in well… the dirt. It’s been 20 years since Kris’s metal career died, but something about Terry’s rise to fame and fortune has never seemed right. Not just wrong in the sense of screwing over friends, but wrong in the Faustian pact with the Devil wrong. Kris sets out on a road trip to confront Terry, or The Blind King, as he is known to his fans. She’s going to find out just what happened the night Durt Wurk broke up or die trying.

Review: The book as a whole is an exciting premise with an okay delivery. At times, it reminded me of all the drama with Tobias Forge and Ghost that went down in 2016. The ending was a little hard to visualize though as it was so audio-oriented – writing effectively about music is really freaking hard. I liked Kris and think horror in general could use more female characters like her. No matter what happened to her, she was never a victim. This is a road trip book, a book about music, and a book about what goes into creating art and it makes you think about exactly what you would give up to make it big. Also, there’s some Satan \m/

Give this a try if you like… Wolf in White Van by John Darnielle, the band Ghost, Tenacious D 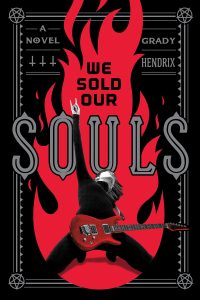